Montréal, December 22, 2020 – even though the COVID-19 coronavirus pandemic shook up 2020, Ensemble Montréal councillors never slacked off, but intensified their pressure on the Plante administration to better respond to the concerns of all Montrealers.

“Of course, faced with the COVID-19 threat, we had to quickly reorient our priorities. That’s why, starting in April, we proposed a comprehensive economic assistance plan for merchants that went much further than the mayor’s response to the crisis. I would also remind people of our tireless fight to impose the wearing of masks on public transit, right from the first weeks of isolation. We’ve never stopped working for Montrealers” declared Mr. Lionel Perez, leader of Ensemble Montréal.

The question of the mandatory wearing of masks is truly a stain on the record of the Plante administration. In early May, Ensemble Montréal presented a motion asking the city to make the wearing of masks on public transit compulsory. The mayor rejected it, making all kinds of excuses, of which the worst was: Montréal wants to avoid creating a police state” (La Presse, May 25, 2020).

“You never know what’s coming next: the same mayor who now encourages people to report their neighbours to the police during Christmas celebrations, didn’t want to make masks mandatory seven months ago for fear of creating a police state. Projet Montréal is overwhelmingly inconsistent and this administration just can’t see its own contradictions,” added Mr. Perez.

The mayor finally changed her mind on the mask requirement, some two months later.

This is not the only time the Plante administration at first refused an Ensemble Montréal proposal, then made a U-turn and presented the same proposal as if it was their idea.

At the municipal council meeting of May 25, the Official Opposition, following the example of numerous Canadian cities, requested that the second instalment of municipal taxes be deferred to September 1 (it had already been postponed from June 1 to July 2 by the administration). The chairperson of the Executive Committee firmly opposed our request, alleging that the city could not afford to be so generous. And then, one week later, in another about face from the administration, they announced the second instalment was being deferred.

“In terms of finance, the pandemic has revealed a party in power incapable of the slightest transparency: for months, we kept asking for a clear portrait of the city’s finances and the impacts of the public health crisis. We got nothing until this fall, when the administration presented another disastrous budget in terms of spending and debt,” declared Mr. Alan DeSousa, mayor of Saint-Laurent and Official Opposition finance spokesperson.

Still trying to help Montréal merchants greatly affected by the crisis, Ensemble Montréal proposed a series of measures to reduce their tax burden and encourage customers to visit stores more often. These included, in particular:

Recall that this last proposal was rejected by the Plante administration, in a rush to build its bicycle highway on Rue Saint-Denis just before the winter, despite repeated requests from merchants to delay the work.

“On this subject, we questioned the Plante administration numerous times on the inconsistency of certain safe active transportation paths put in place over the course of the summer without the slightest consultation of residents or merchants. Clearly, the mayor’s team intended to take advantage of the pandemic to impose its anti-car vision on the entire city,” remarked Mr. Francesco Miele, city councillor for Saint-Laurent.

Faced with a crisis that, in all likelihood, will extend well into next year, Ensemble Montréal also repeatedly stressed the importance of offering Montrealers the possibility of safe voting during the November 2021 municipal elections.

That is why Ensemble Montréal councillors had a motion adopted asking that the Québec government implement alternative modes of participation for the next election, whether voting by mail or holding a vote over several days.

“Since the beginning of this crisis, our elected representatives have used every tool at their disposal to try to improve the situation of residents and merchants in Montréal. And if that means sometimes nipping at the administration’s heels and forcing them to admit they’re making bad decisions – like their many impromptu bike lanes last summer – we’ll do it without hesitation. We are the party of all Montrealers and we will continue to give a voice to all those who feel ignored by the Plante administration,” concluded Mr. Perez. 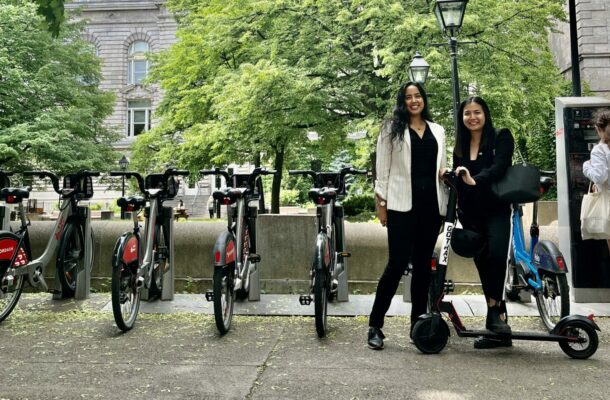